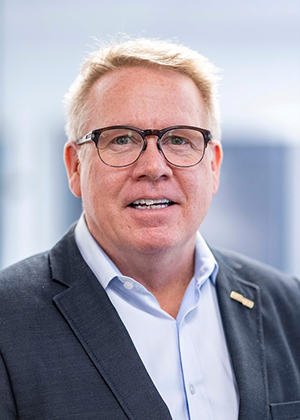 Pierre Lafontaine, the VP Business Development and part of the ownership team at Groupe Raymond – Les Toitures Raymond/Raymond Roofing, Gatineau QC and Ottawa ON, has been elected as the President and Chair of the Board at the Canadian Roofing Contractors Association (CRCA). Pierre officially took over the role from Murray Tysowski, President of Aurora Roofing Ltd. (Coombs BC) after CRCA’s Annual General Meeting and conference held in Edmonton from May 13 to 15, 2022.

Pierre first joined Raymond Roofing in 1987. Mid-way through his career at Raymond Roofing, Pierre left the firm to be the Director of Apprenticeships at a local community college. Missing the trades and the roofing industry, Pierre decided to return as a technical representative with Tremco. After a few years, Raymond Roofing approached Pierre to come back, but this time – as an owner.

Pierre’s will ensure that the board of directors continue to govern with excellence, transparency and openness. He also plans to increase CRCA’s communications with our key industry stakeholders and to promote the roofing trade within the Canadian construction industry from coast to coast.

Also elected as CRCA Board of Directors are:

Members of the Canadian Roofing Contractors Association (CRCA) are the most knowledgeable roofers in Canada. We advocate for and keep our members informed on matters of national and international interest. As the voice of the Canadian roofing industry since 1960, we promote collaboration within the industry from coast to coast. We also represent and defend our members’ interests, and support them to excel in business both professionally and technically. www.roofingcanada.com