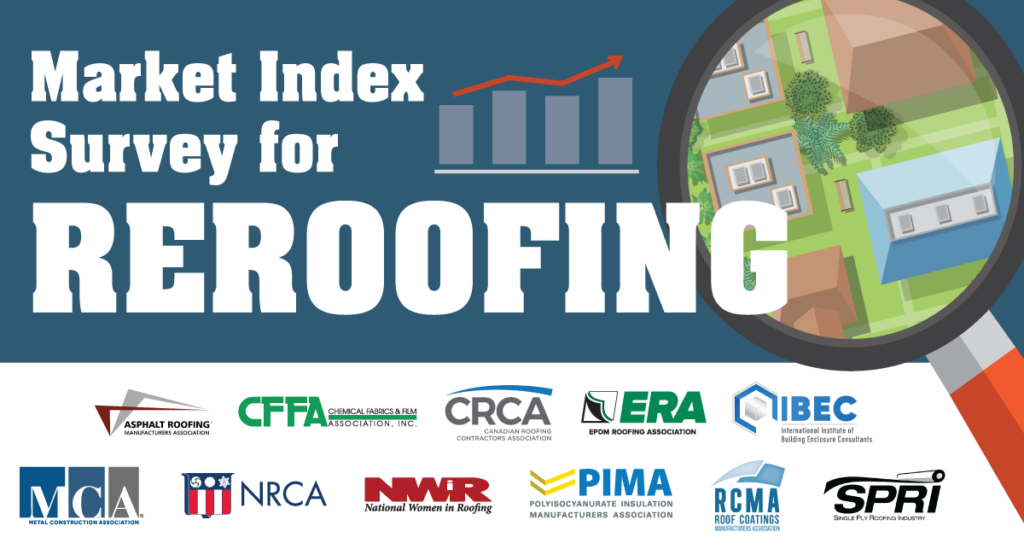 In July 2021, more than 300 respondents from across the United States and Canada shared their perspectives on the current state of the reroofing industry in the second Quarterly Market Index Survey for Reroofing of the year.

Participants in the survey included contractors (67%) and consultants (33%) whose firms’ annual gross revenues ranges from less than US$1 million (21%) to more than US$100 million (4%). Most respondents either provide a blend of low-slope and steep-slope roofing services (46%) or work on low-slope roofs exclusively (42%).

All regions of the United States and most Canadian provinces were represented (there were no respondents from Saskatchewan, Manitoba, or Newfoundland & Labrador).

Overall, the survey results suggest that opportunities in the reroofing industry have improved or held steady when compared with business in the same quarter of 2020:

Data comparing business in the first and second quarters of 2021 revealed similar patterns:

A reminder that anyone who completes the survey will get full access to all of the past and current survey results. Any roofing contractor or consultant who wants to participate in next quarter’s brief survey can sign up for a notification at: http://bit.ly/37ank7D.