Metal flashings are very important in the protection of the roofing system. A wide variety of metals are available from which a designer might choose. The metal a designer chooses is usually based on a number of considerations.

We believe that one of the major considerations should be the rate of expansion and contraction of the metal particularly in geographical areas which experience extremes of temperature. It should be remembered that the temperature range to which the metal is subjected can be, due to solar heat absorption, considerably greater than the ambient temperature change.

The colour of the metal should also be considered inasmuch as darker colours tend to reflect less heat and consequently increase the temperature differential, thereby creating greater movement. The expansion and contraction of the metal becomes most important when the metal flashing is an integral part of the roof system and is flashed in directly to the roofing as is the case with gravelstops. In these cases the metal should preferably have a low coefficient of expansion.

Of equal importance is the design and location of the joints between lengths of metal and at junction points such as corners. These joints must remain weather tight while providing for the anticipated dimensional changes. 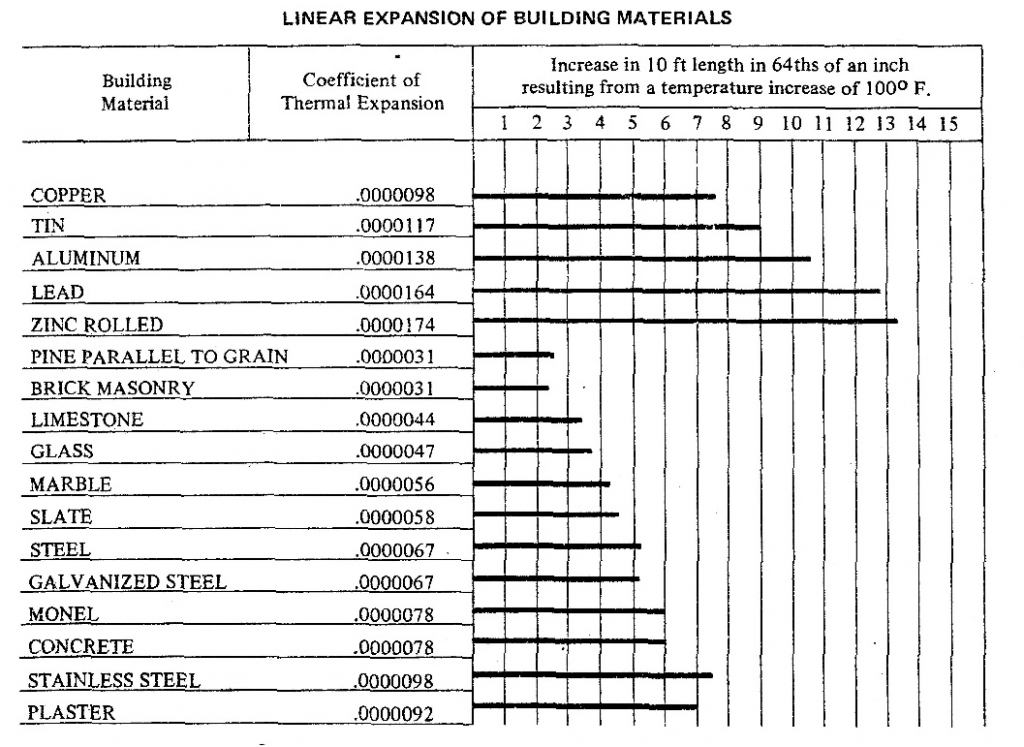